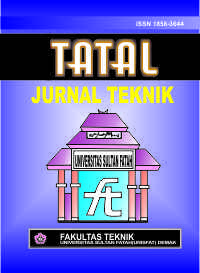 Bontang city located in the province of East Kalimantan exactly 150 miles north of the city of Samarinda, the whole area is 49.757Ha (4 nautical miles) with a land area of 14 780 ha (29.71%) and the vast oceans: 34 977 ha (70.29%) . Of which initially only as a sub-district became the Autonomous City and the presence of two large companies that are Bontang region, namely PT. Rhinos NLG and PT. CCP then make this city is becoming increasingly crowded and growing population.

The method used in this research is the search for the distribution of transporting waste to the Ant Colony System. With the first step was to analyze the needs of the input, the process of finding a solution to the optimization of Ant Colony System algorithm and then displays information such solutions.

The results of this study is a prototype application programs that provide optimal solutions distribution information transporting waste.